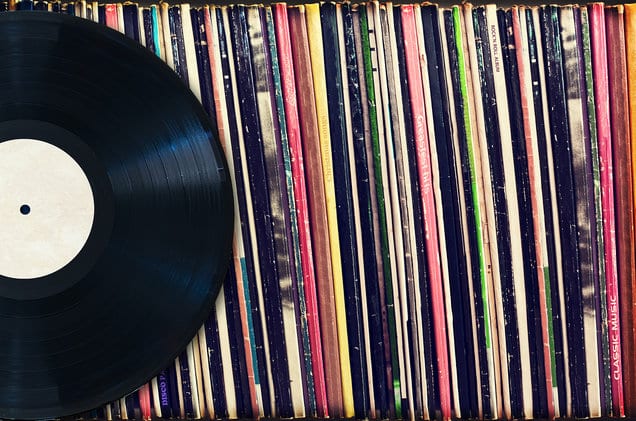 The nostalgia surrounding vinyl records is huge. Ever since other methods of listening have been developed to surpass vinyl, people have clung desperately to their 45 LPs proclaiming their superiority. Even younger audiences who didn’t even grow up listening to records are now hailing them as the ultimate listening experience. Why is there such a hype around vinyl?

The Issues with Digital

Digital music can sound more “dead” than vinyl for multiple reasons. Digital music, or more specifically the MP3 file, is compressed to be extremely loud. Dynamics are usually lost because everything on the mix has to be decipherable at every volume level on every platform. This causes a lack of warmth and personality, and the overall quality is rather poor compared to what the music sounds like live or on CD.

The Pros of Vinyl
With vinyl, there is much more room for the music to grow. There can be booming louds and gentle softs. The music floats within the middle range of pitches, which is comfortable for humans to listen to. If a song is recorded on tape, its conversion to vinyl better preserves the original sound of the song. The dynamics and quieter moments are not lost in the compression process. And of course, records have that undeniable nostalgia that so aptly captures either childhood memories or just a simpler (or arguably better) time in music history. However, does that make them undeniably superior?

The Cons of Vinyl

The low end is typically nonexistent on vinyl, and there tends to be an unremovable hiss that clouds up the high end. Even though the dynamic range may be larger, the sonic range tends to be rather limited. In addition, there can be unpleasant sounds like crackling or popping because of the needle losing contact with the record as it spins.

Newer records are often not originally mastered for vinyl. Songs from today need to be remastered specifically for vinyl in order to take advantage of its full potential. Digital tracks are typically mastered from the CD to vinyl, and not directly to vinyl. This leads to rather flat sound, sometimes no better than just listening to the original MP3 file.

LPs also become warped after repeated use. They become virtually unusable after too many plays. In addition, as an album progresses, the quality of sound decreases. Basically, the longer the album, the worse the songs are going to sound by the end. This happens because the grooves have to be smaller in order to fit all the songs on the standard size of a record.

Portability and cost are the most obvious drawbacks of records. Although these factors have nothing to do with sound, they are important to consider. You can pretty much only listen to 45s when you’re at home. If you only like to listen to music occasionally, then this is fine. Nowadays, new records can cost upwards of $40, whereas CDs cost max $15, and single MP3s cost $1.29. MP3s can be free if you stream them. You have to buy the record player as well, which at its cheapest is around $40. If you have the cash for all of that, then this won’t be a problem for you.

Is vinyl better than digital? Well, compared to the ultra-compressed MP3 files, yes, in some ways. Vinyl records do have more personality and are not fighting to be the loudest, but they are rather impractical.Technology has advanced to a point where we don’t have to deal with our music “wearing out” or producing weird sounds that aren’t part of the song. There is a reason why music has evolved past records. If MP3 files do not meet your standards, try .wav files or CDs. However, if records do suit your needs and you are not looking for a replacement, then rock on.